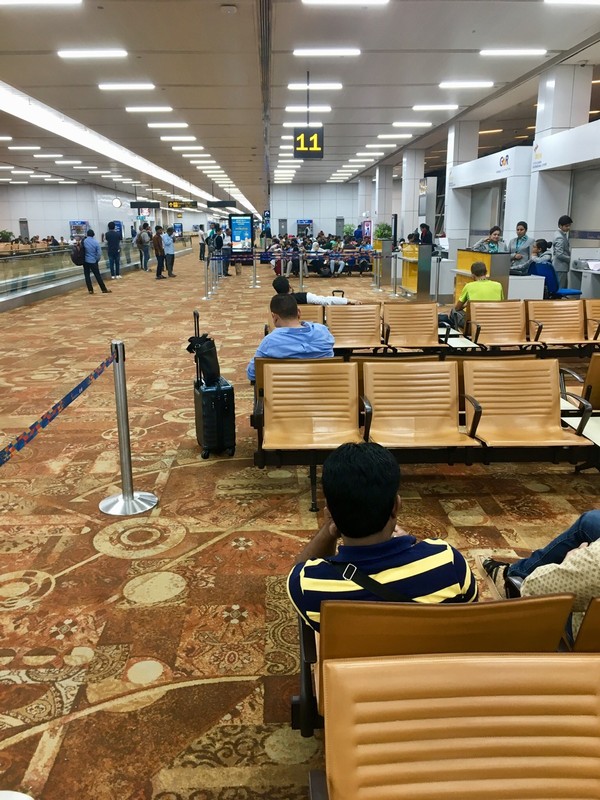 We arranged for Dilip our driver to take us to Indira Gandhi International airport at 1:00 hours, for 4:15 flight to LHR via Bahrain. As is usual with any flight it was pushed back to 5:40 hours meaning we might be able to get a little more sleep? Dilip however had decided he would come at 11:00? This was because we hadn’t realized that our street was gated and they closed at 11:00! I went to check for him at 11:00 but he wasn’t there, was he still coming? We were told that Uber wasn’t very reliable at that time of night in Delhi! So while I waited I started the latest blog. At 12:00 I went down again and alhumdillah he had just arrived! I explained the flight changes and he suggested we leave at 2:00, so I got a little sleep. 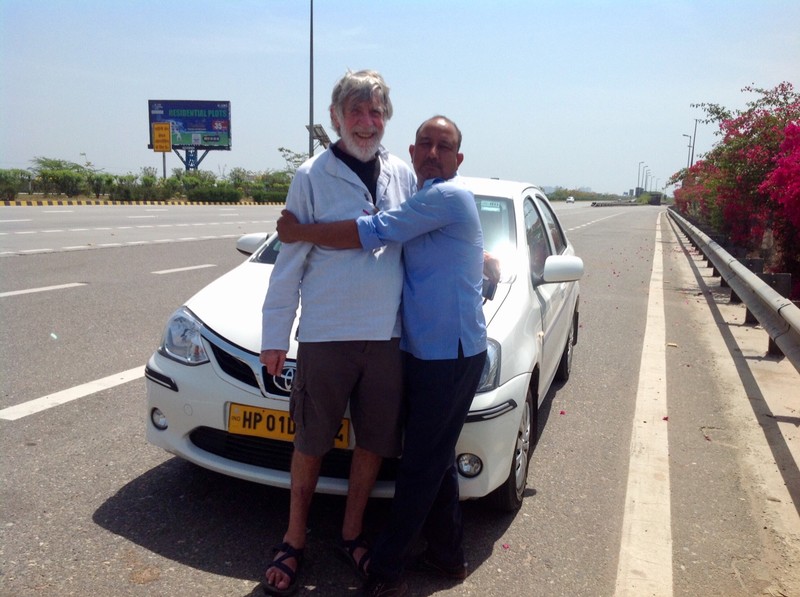 At 2:00 very bleary we packed our bags into the car and headed through the strangely quiet Delhi streets passing one district of all night cafes favoured by the nocturnal drivers and the like. Most of the road traffic at this time seemed to be trucks who still drove like the rest of the driving population with no attention to lane discipline! Upon arriving we bid farewell to man who had become a dear friend who we discovered had “slept” in his car while waiting for us. Who lived in 2 rooms with his adolescent sons and wife, who didn’t like him working as a driver, that’s not a surprise! Who had failed to make the grade to enter the Indian army like his father a 28 year veteran, but who remained cheerful and always helpful. The very best of humanity!

What I hadn’t realized when I booked this Gulf Air flight, was that it was the weekend of the Bahrain F1 Grand-prix. As a result our flight eventually left at 7:00, after passing the Indian screening procedure, this might have been insignificant except we had a connecting flight to LHR to catch. On arrival in Bahrain it was further complicated waiting for a gate to open, and more security screening even for transfer passengers. Eventually we completed that and made it to the gate before boarding, but not before another security screening!

The final leg of the flight was in a Boeing 787 max, this is a bit special the seats are wider, there’s more leg room and the food on the flight was among the best I’ve experienced. Toward the end of the flight a man wearing “whites” appeared from the 1st class cabin. According to the in flight magazine he’s a Sky Chef! 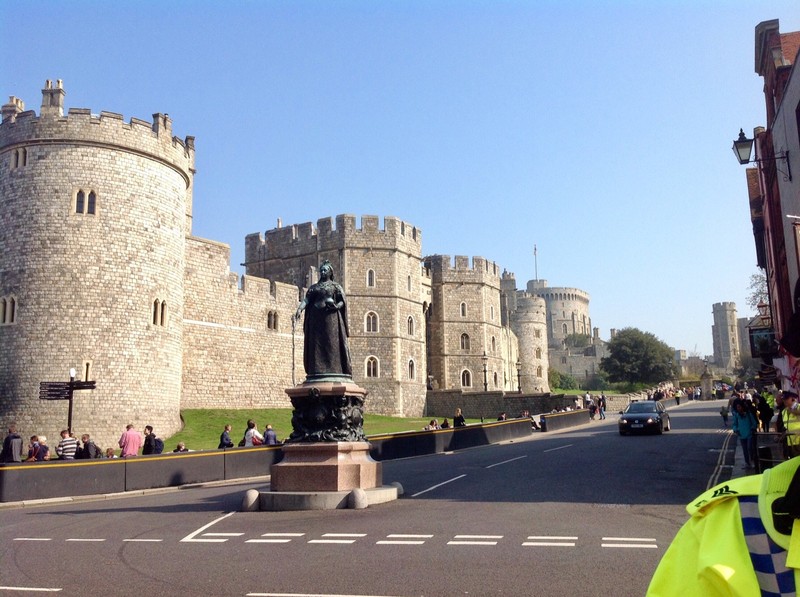 In spite the delays the flight landed at LHR on time 4:15, having managed to load up my UK sim provider Uber came through again to whisk us to Windsor our resting place for the next 5 nights but not before some hold up on Motorway on the way. 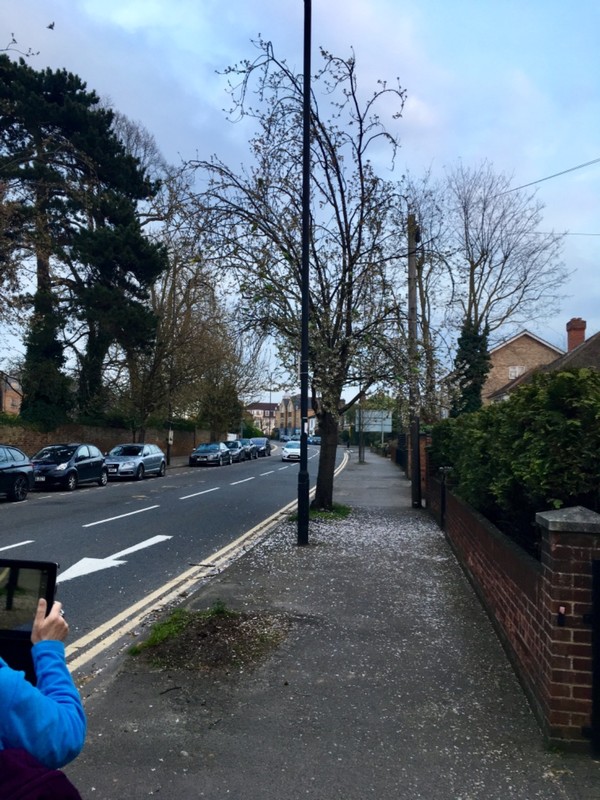 Tired and thirsty the first priority was a beer, Google found a pub 7 minutes on foot, The Alma. A typical neighbourhood pub filled with families and children many of whom had been enjoying the warm afternoon in the beer garden. Sadly the selection was limited but after 2 pints we were running rapidly toward empty! After 3 nights of limited sleep and a long flight it took 12 hours sleep to catch up. 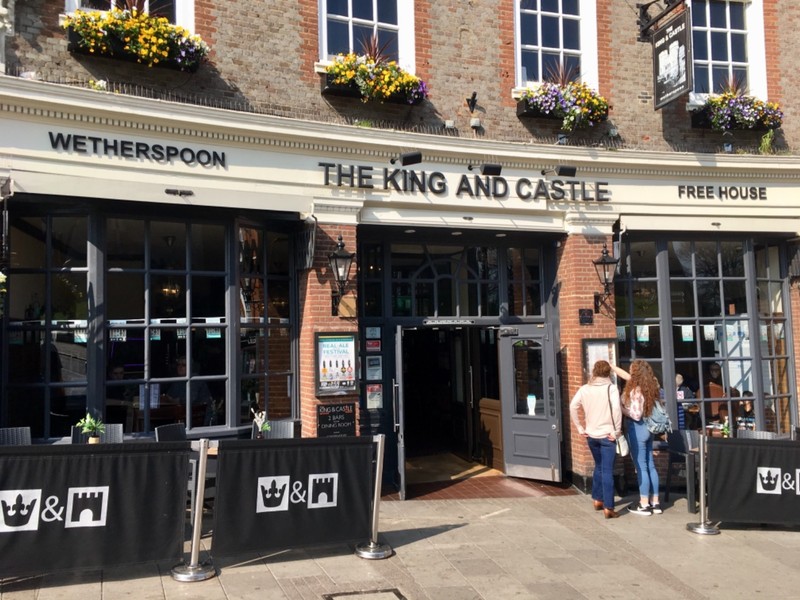 Although our quirky accommodation had kitchen facilities all there was, was a partial can of ground coffee. This was enough to get us started before one of the largest breakfast in a pub opposite the Castle. Sadly I forgot to record this meal, but if anyone visiting the UK wants a 1000 calorie breakfast I recommend any Wetherspoons pub. 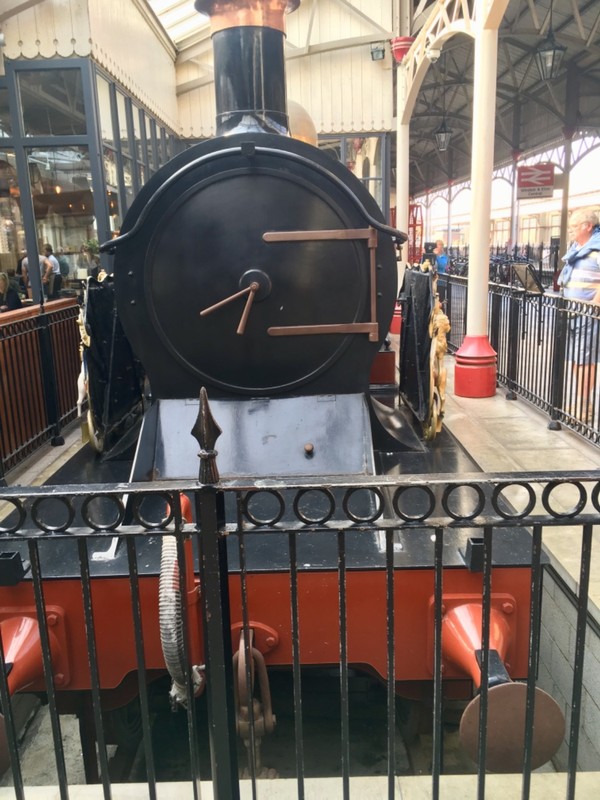 The Rest of Saturday was spent, literally, perusing the offerings at M&S that modesty forbids me to reveal. After completing of modest day of shopping, including some groceries, also sent a package of gifts back via PO. We again retired to the Alma for a meal and a few more bevies. The volume levels were again pushing the limits but not enough to deter us, but we were still suffering from the time Delhi being 7 1/2 hours ahead of the UK. 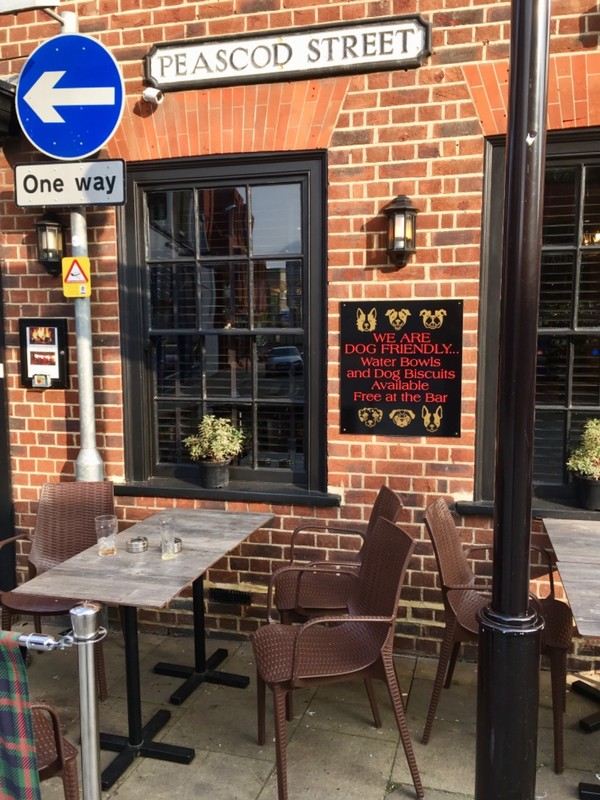 It was another night of sound sleep. 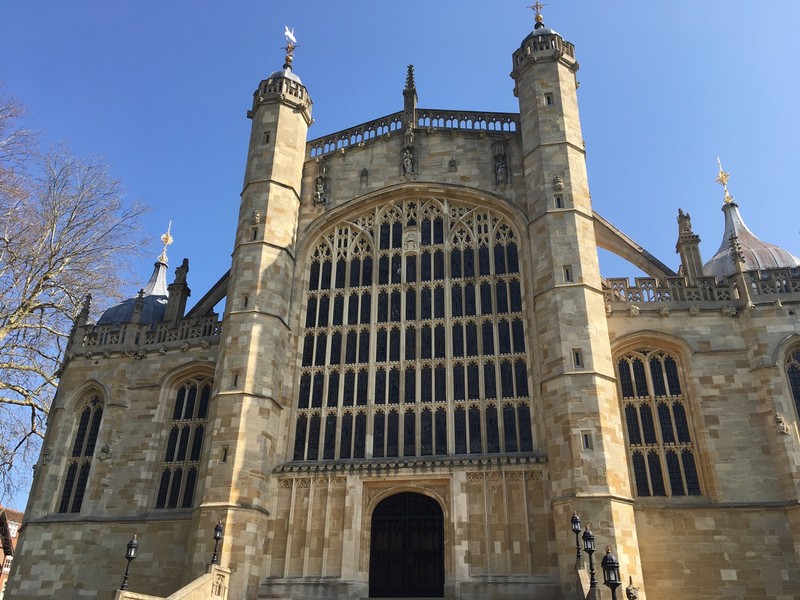 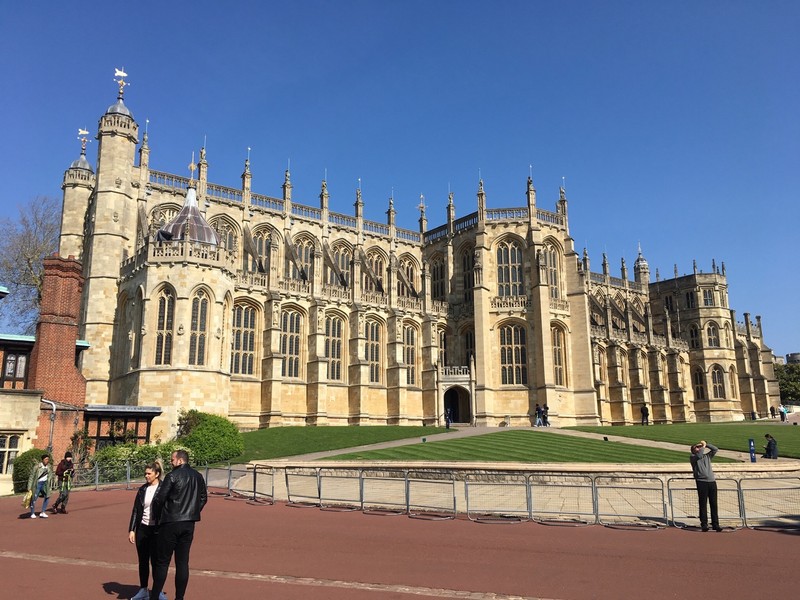 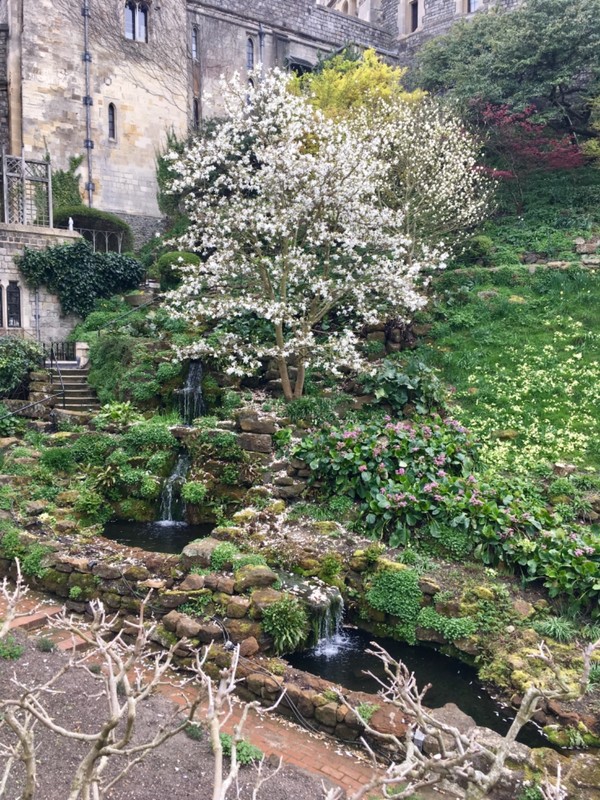 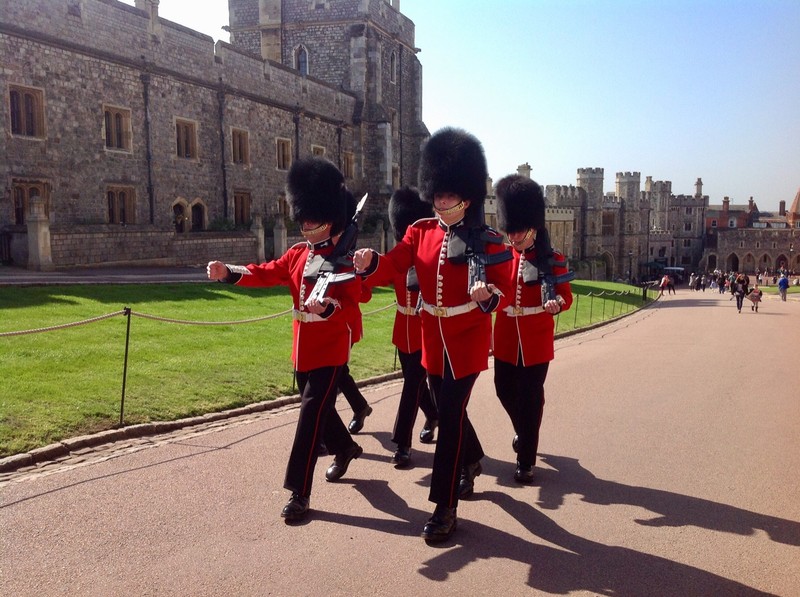 The next morning I woke at the unusual hour of 6:30, although it was actually 7:30 because that night Daylight saving had begun, and breakfast at home before heading to the Castle. Today wasn’t as warm as the previous day and because it was Sunday St George’s Chapel was closed to tourists. After a brief guided tour up to the Royal Apartments she left us to explore them by ourselves. We didn’t pick up the audio guide so we actually paid more attention to the contents, which by any standards are very baroque. The day ended again with a meal and a beer at a nearby pub, this being Mother’s Day in the UK there were many families eating out. And again it was an early night. 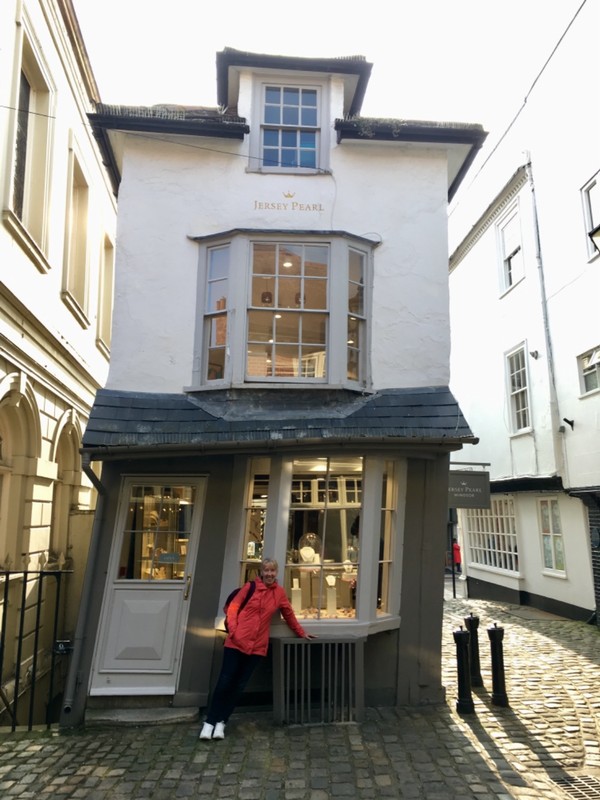 The next day we visited the Castle again, this time with the headsets and completed the tour including the Chapel that is easily the most interesting with it’s graves of many historical figures including Henry VIII. The intention today had been to take the train to London for supper with a friend and possibly watch Arsenal against Newcastle. Sadly neither happened, after waiting 40 minutes while the hunger centre beckoned we decided to head home. Turned out we were waiting at the right place at London Bridge station but the friend was a few metres away somewhere else. We could almost have walked into each other, but didn’t. And there had been no tickets available for the game. So supper and a beer at Wetherspoons ended our last full day in the UK. 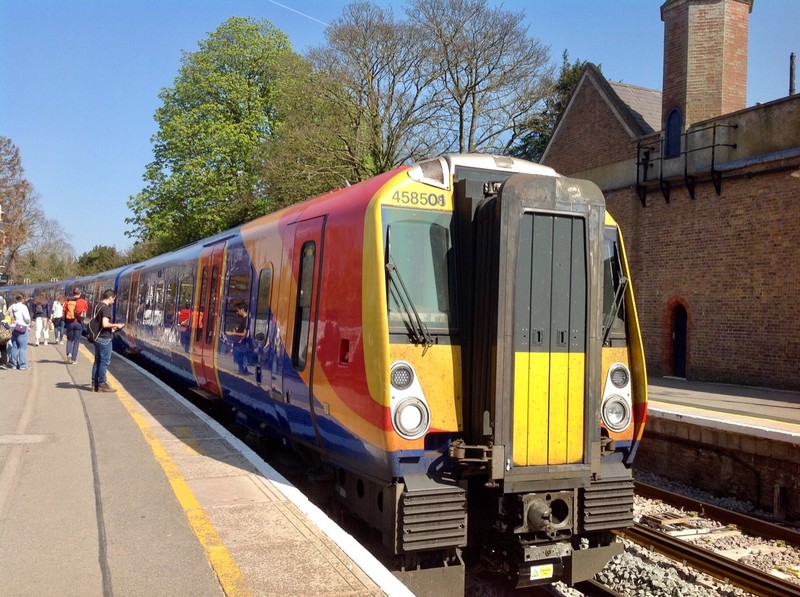 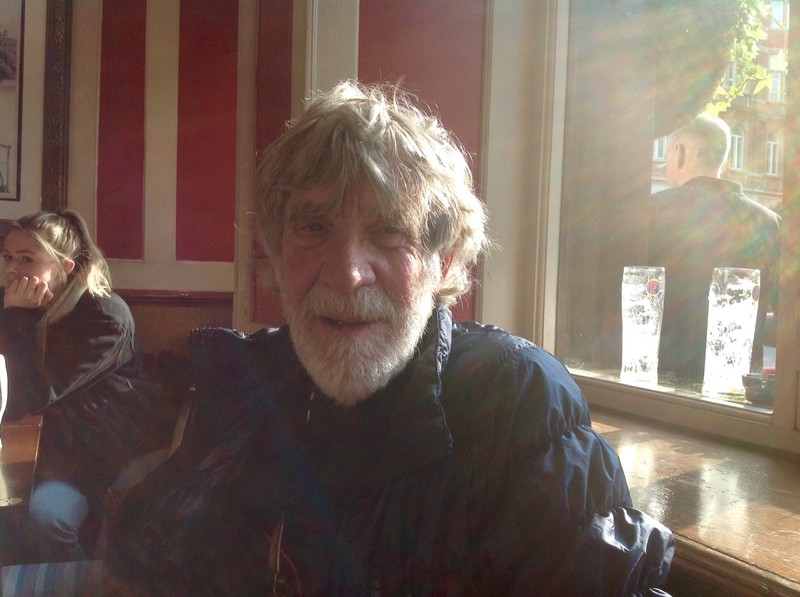 The next day, the day I’m writing this, the day began early with coffee a couple of Mueller yogurts and finish packing. At 10:00 Uber came and delivered us to LHR Terminal 2 with a smooth ride through the diminishing rush hour. Our driver of Pakistani origin, who planned to visit New York and Toronto later this year, explained that this terminal was recently opened which might help to explain the Sub Continent style chaos that ensued. The Self Check in didn’t like what I entered, even though we’d already checked in online, and someone sent to help admitted they were short staffed. The Security seemed equally short handed and one of the female passengers held up the line as she started segregating her liquids etc before being asked to move. To top it all, there were 5 posts at the duty free manned by 3 people, one with a face only a mother could love who’d stood there picking her nose! As we approached one left and as I approached to be served a second left leaving only the nose harvester who told me that the post was closing! At which point I left my purchases and told her I didn’t want them now. 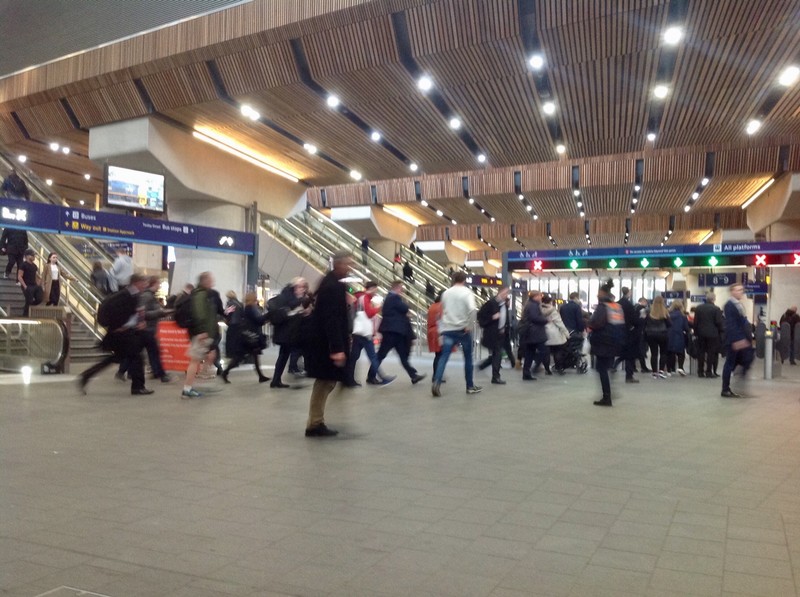 And so almost on time we left for Toronto!