The Taj Mahal and Fort 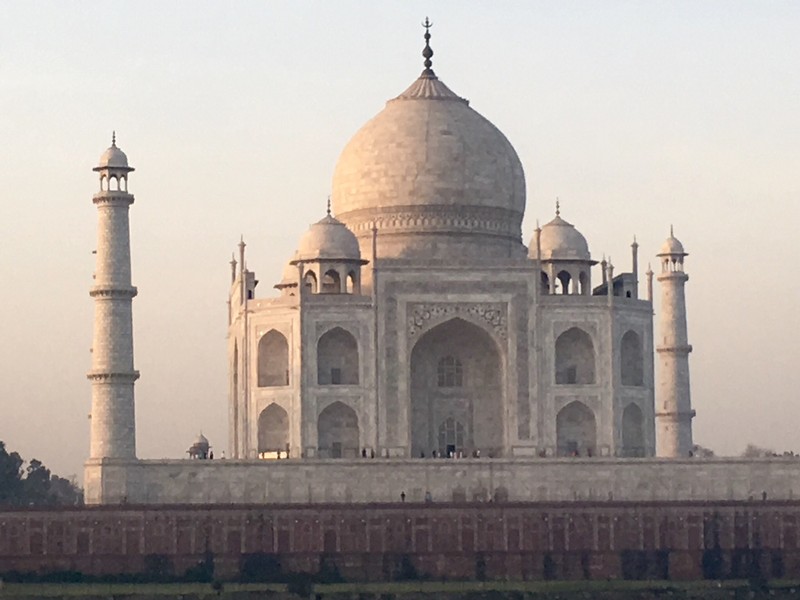 Breakfast was requested at 7:30 for an early start but it seemed to get lost in translation. We still managed to get something and meet Dalip our driver at 8:00 the appointed hour. Getting out of Delhi was the worst part of the drive with the usual stick handling through the traffic until we reached the Yamuna Expressway, which was eerily quiet, it’s a toll road! With the exception of one pit stop the rest of the journey was uneventful, until the outskirts of Agra with more dodging other vehicles. 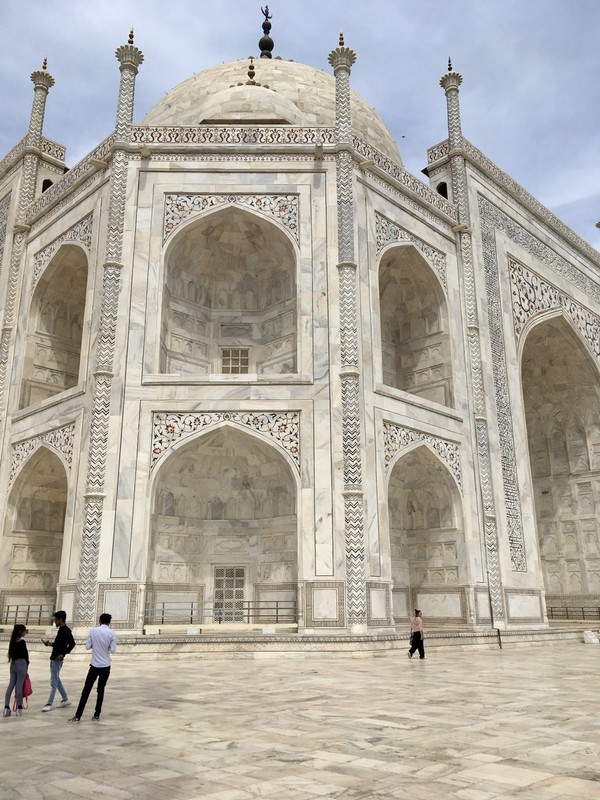 After a stop to meet our guide and lunch we were off to the Taj. Security is very tight approaching the site and the last few metres are by electric golf carts. No manufacturing is allowed within 40 miles of the building also. 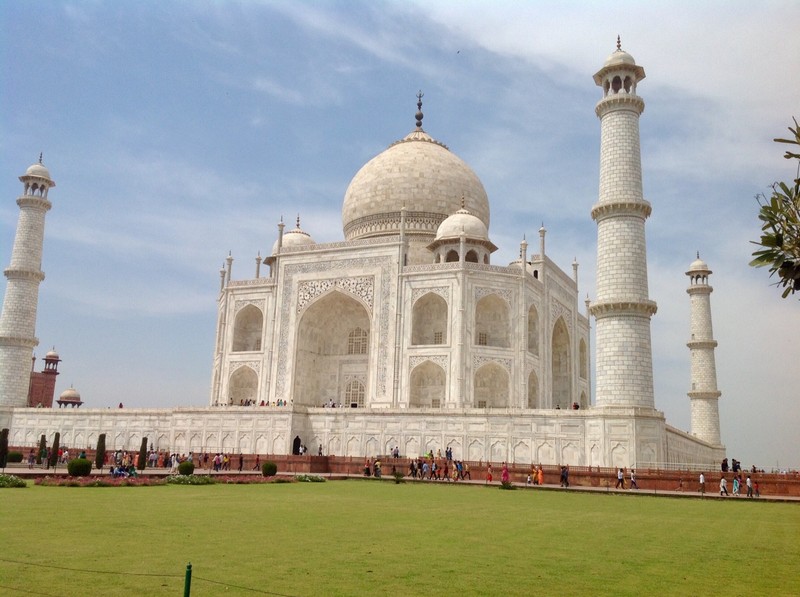 Meaning "Crown of the Palaces")[5] is an ivory-white marble mausoleum on the south bank of the Yamuna river in the Indian city of Agra. It was commissioned in 1632 by the Mughal emperor, Shah Jahan (reigned from 1628 to 1658), to house the tomb of his favourite wife, Mumtaz Mahal. It also houses the tomb of Shah Jahan, the builder. The tomb is the centerpiece of a 17-hectare (42-acre) complex, which includes a mosque and a guest house, and is set in formal gardens bounded on three sides by a crenellated wall. 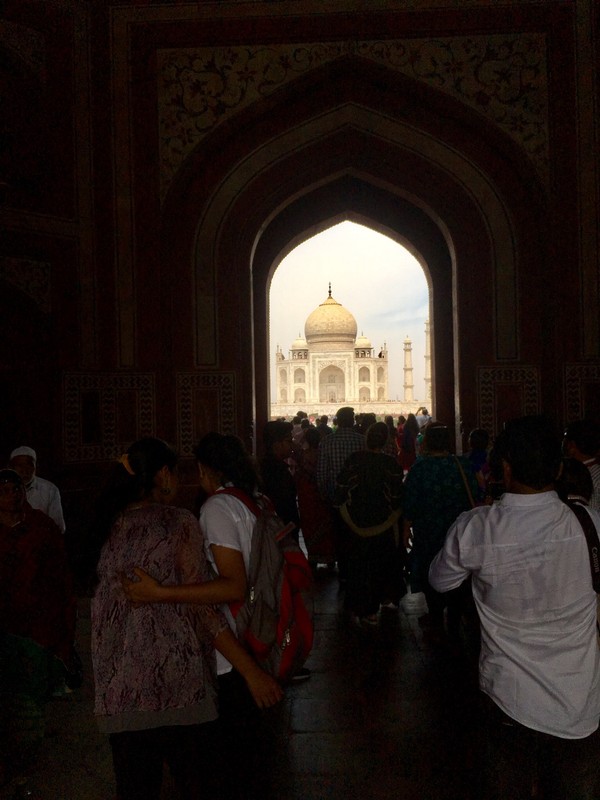 Construction of the mausoleum was essentially completed in 1643 but work continued on other phases of the project for another 10 years. The Taj Mahal complex is believed to have been completed in its entirety in 1653 at a cost estimated at the time to be around 32 million rupees, which in 2015 would be approximately 52.8 billion rupees (U.S. $827 million). The construction project employed some 20,000 artisans under the guidance of a board of architects led by the court architect to the emperor, the Turk Ustad Ahmad Lahouri 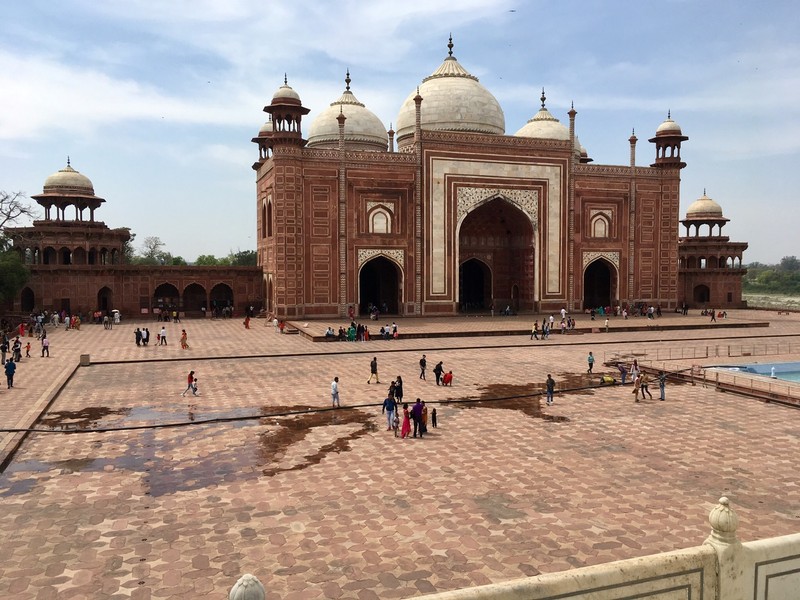 The Taj Mahal was designated as a UNESCO World Heritage Site in 1983 for being "the jewel of Muslim art in India and one of the universally admired masterpieces of the world's heritage". It is regarded by many as the best example of Mughal architecture and a symbol of India's rich history. The Taj Mahal attracts 7–8 million visitors a year and in 2007, it was declared a winner of the New7Wonders of the World (2000–2007) initiative. Courtesy of Wikipedia. 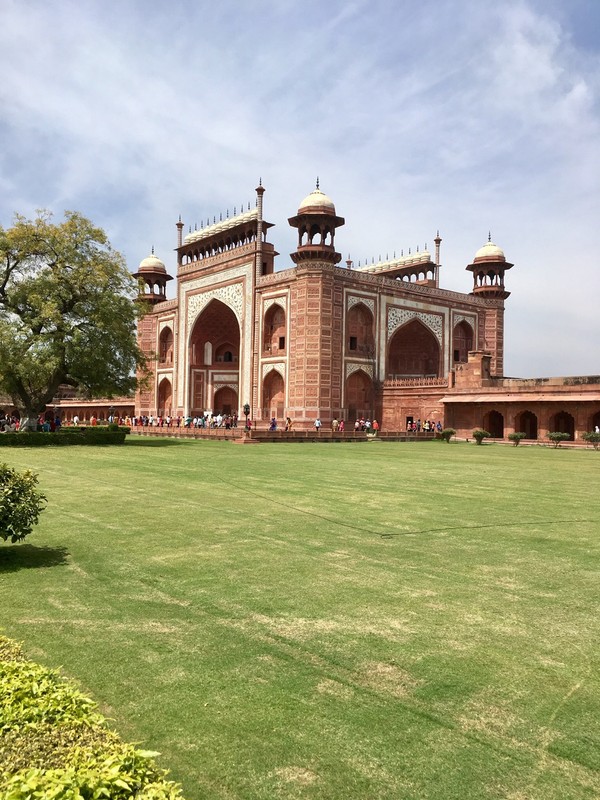 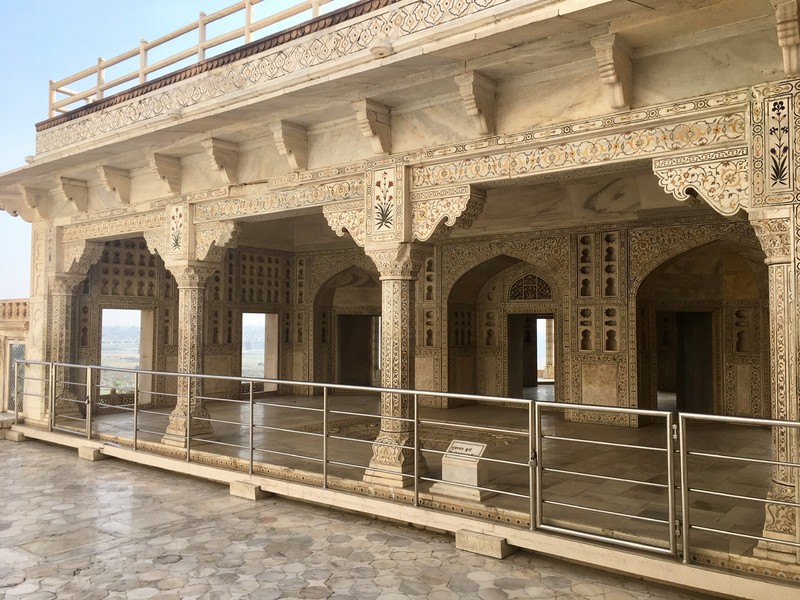 Agra Fort is the only fort in India where all early Mughal emperors lived. The Fort stands on an ancient site and was traditionally known as Badalgarh. It was captured by Ghaznavi for some time but in 15th century A.D. the Chahman Rajputs occupied it. Soon after Agra assumed the status of capital when Sikandar Lodi (A.D. 1487-1517) shifted his capital from Delhi and constructed few buildings in the pre-existing Fort at Agra. After the first battle of Panipat (A.D. 1526) Mughals captured the fort and ruled from here. In A.D. 1530, Humayun was coronated here. The Fort got its present look during the reign of Akbar (A.D. 1556-1605). Again thanks to Wikipedia 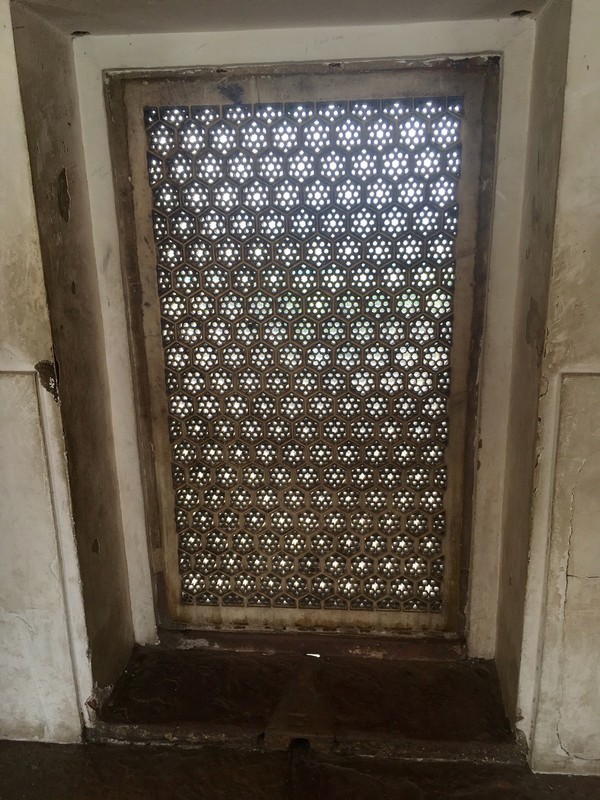 We were met at the entrance by another guide who toured the site with us only to discover he wasn’t on the payroll but was free lancing as a tour guide. Nevertheless it was useful having someone to help us tour the site. 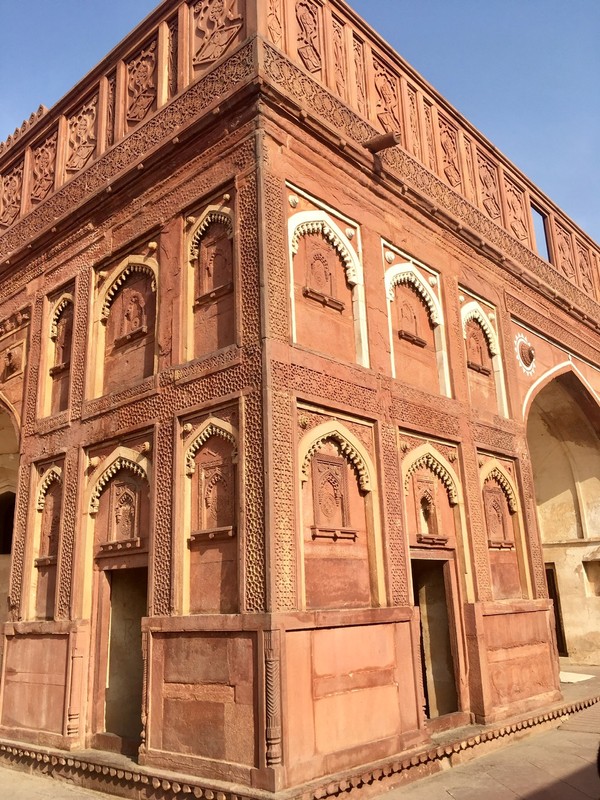 Around 10:30 we headed out of Agra for home by which time the temperature was 36 C and taking its toll. On the way we passed the site for the Indian F1 Grand-prix Buddha International Circuit. Arriving back in Delhi around mid afternoon. 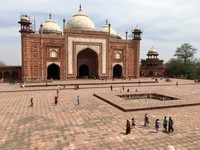 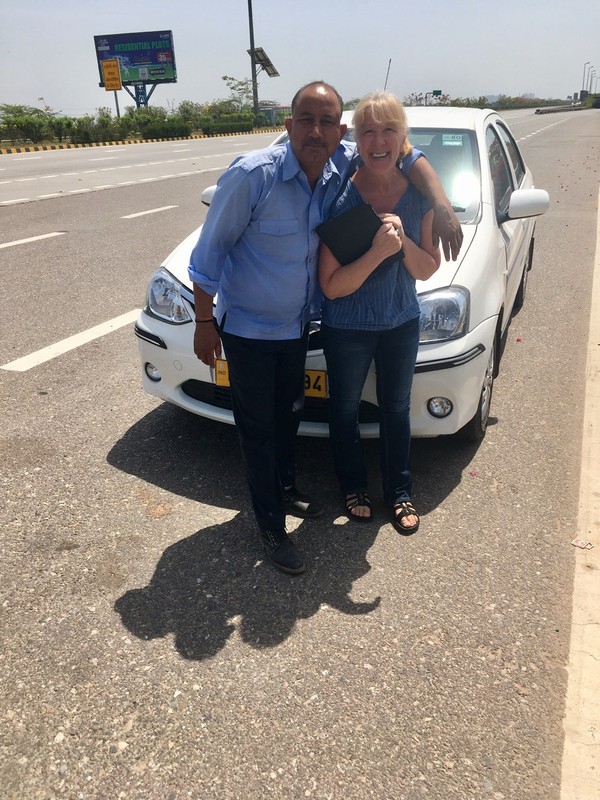