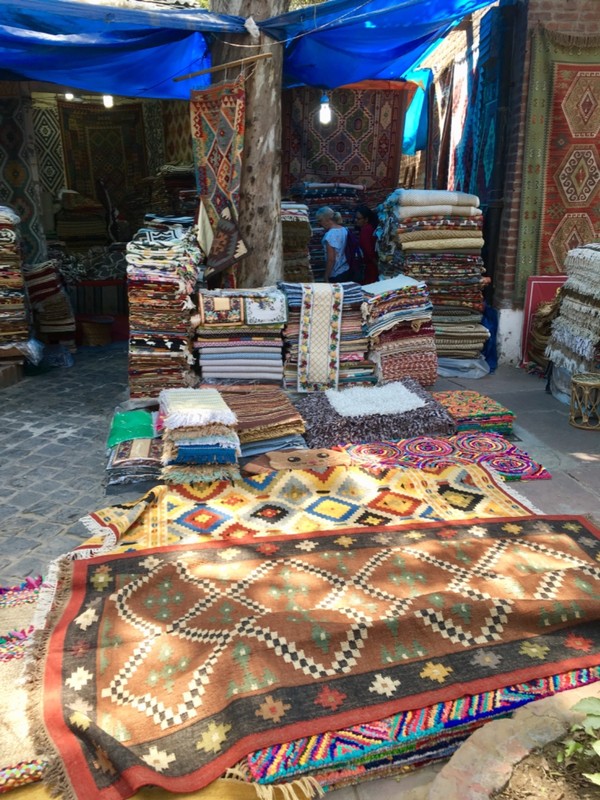 The visit to the Red Fort being a bust some souvenirs became more of a priority although Gail has accumulated an assortment of pieces of bamboo that she thinks should work as planters! Getting them cleared through Canadian Customs may be more difficult? Anyway Uber delivered us to the Dilli Haat craft market, which is a government sponsored market of artisans from different the states of India. Besides local people there were also tourists from many countries. The products from carpets to fabrics, ceramics to jewelry were of varying quality but reasonably priced. Our haul was carpets, sent by courier to Canada hopefully, shirts, ornaments, etc. 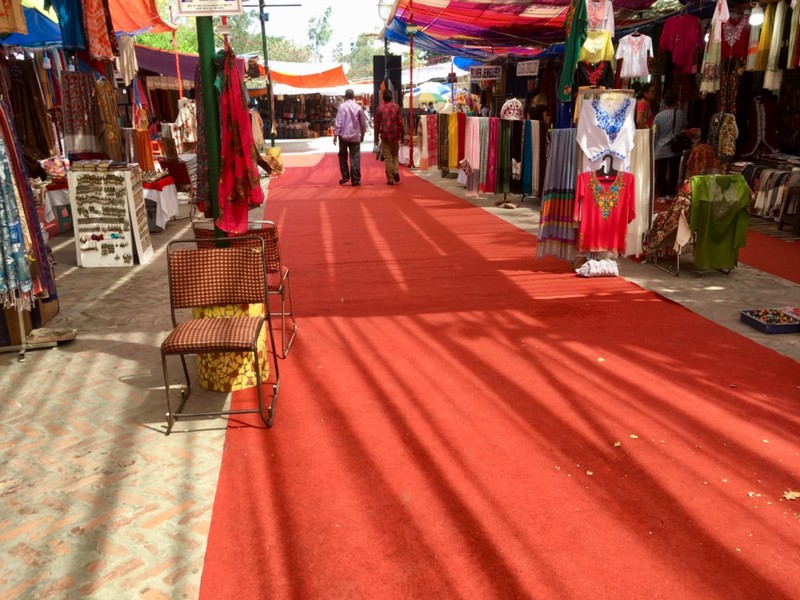 Getting back was the problem, not having data on the phone makes calling Uber difficult! There was a metro stop close by, but the Delhi metro has numerous entrances for the different lines apparently and at our first attempt we were told to go to Stop One. This proved more difficult than it seemed, there were 7 in the same area. After wandering around in vane we approached a taxi with Uber decals and asked him if he would take us to Gurudwara Bangla Sahib the Sikh temple complex. For 200 rupees we had a deal the ride was through what seemed to be the embassy district of leafy tree lined roads and high walls and armed guards. 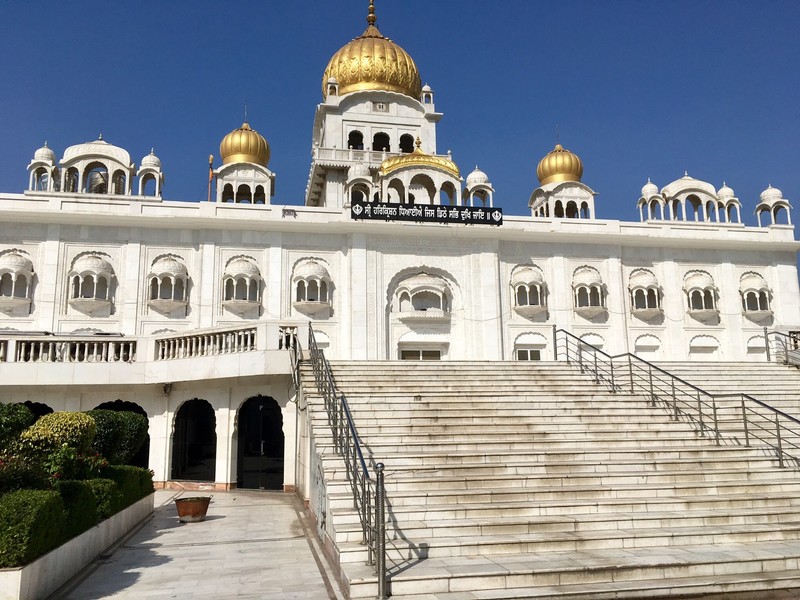 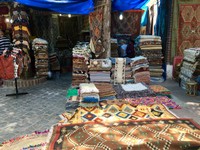 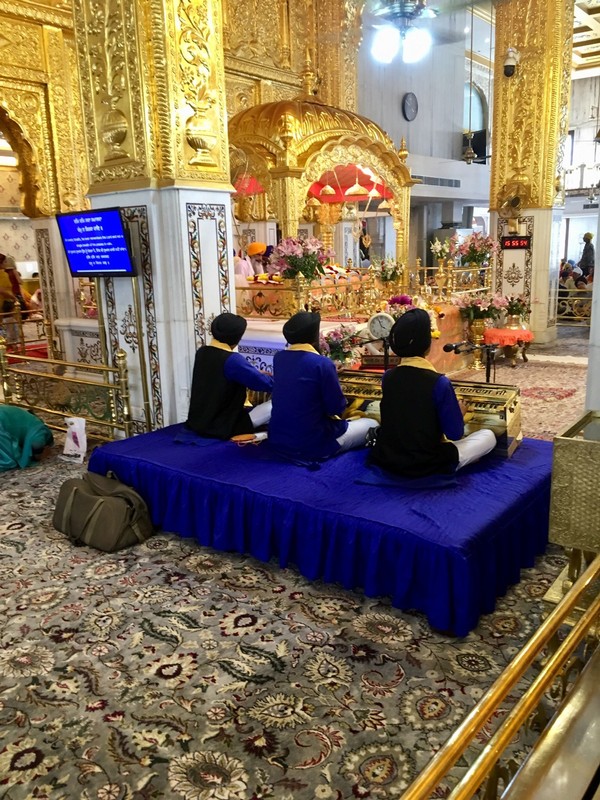 The temple complex feeds 25 to 30 persons a day, besides the temple there’s a pool, kitchens, dining areas and cloistered areas around the pool. All are welcome and there are guides to help you understand the activities, etc. We were approached by an elderly woman, who was amused when we asked if she was a guide, but was happy to explain some of the things and show us around. 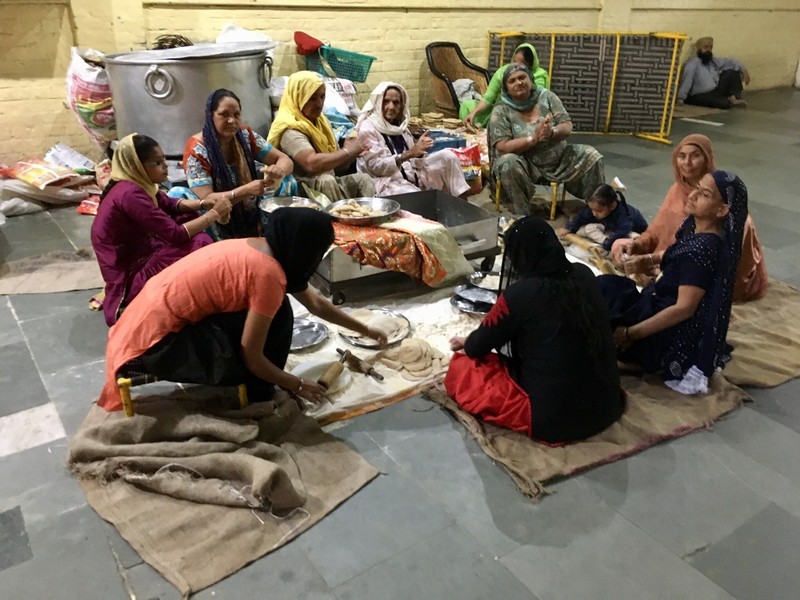 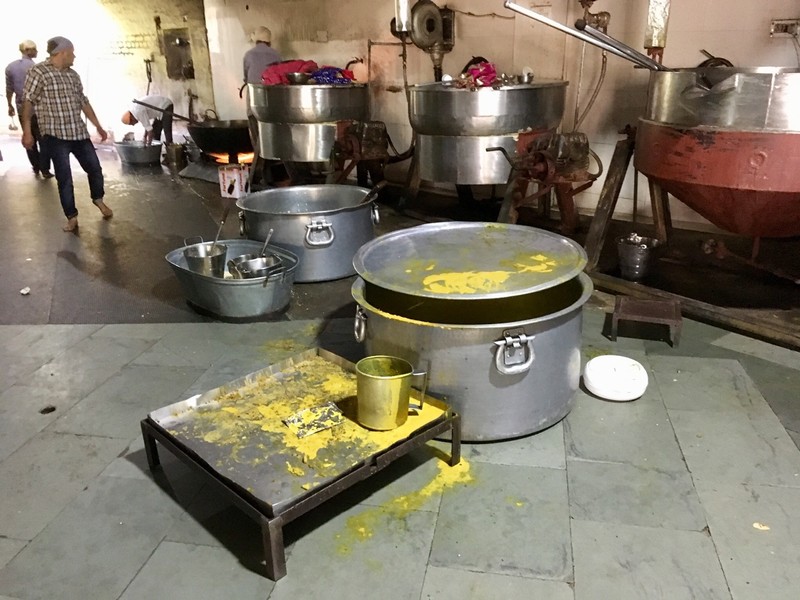 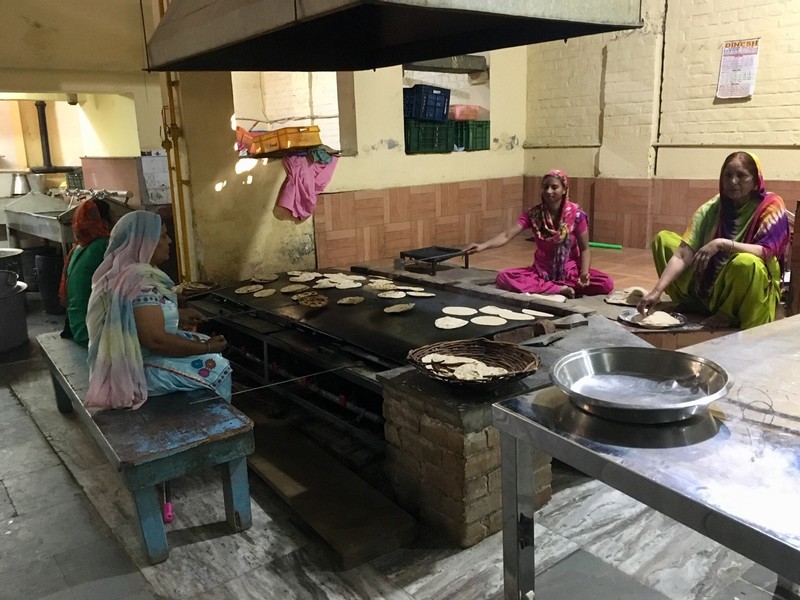 Getting home from there was again a challenge there were rows of Tuk Tuks but after showing them the address it was decided it was too far away, but one would take us to the Metro for a 100 rupees. Again the same problem which entrance and there wasn’t anyone to explain! After being told by one disreputable looking character who would take us for 100 when we got in car it became 500! Fortunately fate intervened again and someone who had obviously been watching the street scene showed us where there was a “hot spot” where I could get online to call Uber. It was also next to a government tourist office, which also had wifi, but this was an opportunity not to be missed. So for $US120 plus tax we could visit Agra, stay overnight, visit the Taj Mahal, with a guide, and the Fort! Which was a much better deal than the one I’d found online. They even let the driver who was designated to take us drive us home for the same price Uber had offered us! 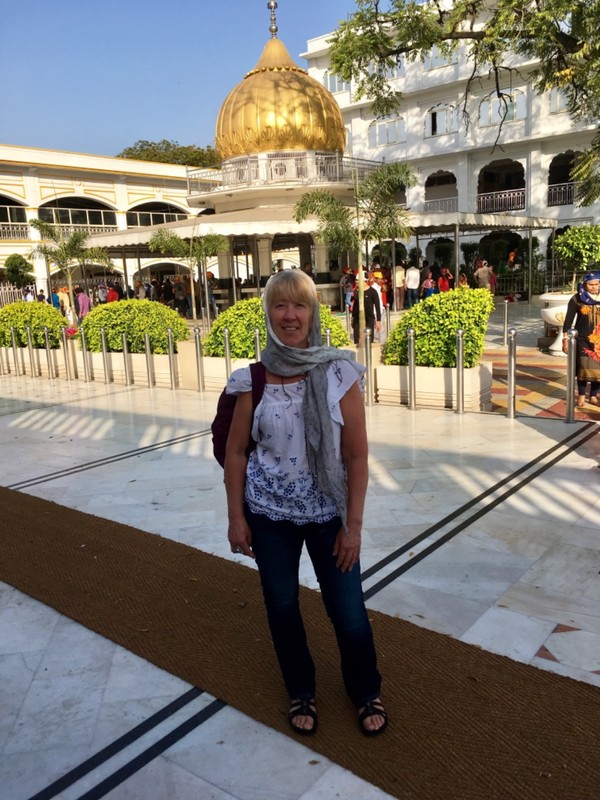 So after another day of surprises we returned to our room.