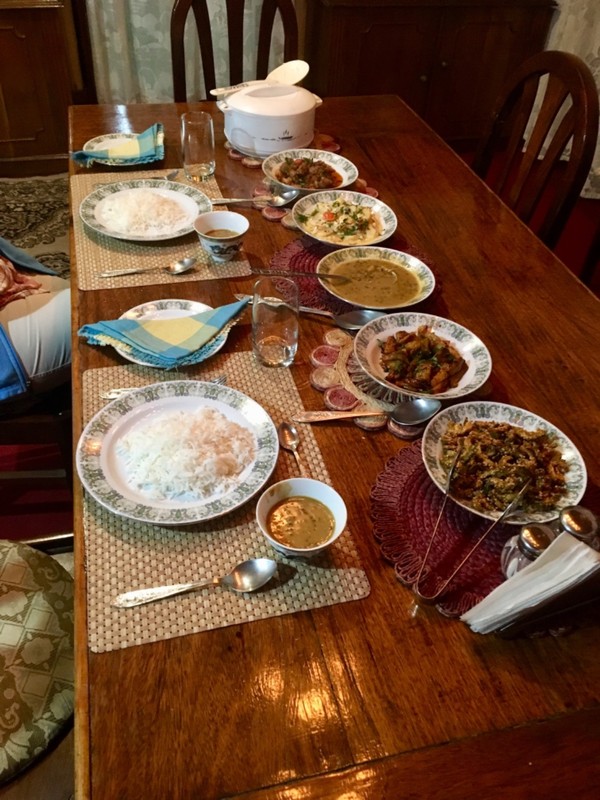 Ok we’re on the road again, the taxi arrived at 8:00 as did breakfast a combination of softly fried eggs, fruit, a very crunchy cereal and cream, and coffee. After rushing breakfast we loaded up and after bidding our host au revoire, we started. The car is a Suzuki Waggoner, a small, narrow, front wheel drive job I’ve never seen anywhere else. The narrow is important because it’s the only car that could fit through the gaps allowed for negotiating the traffic on these roads, which aren’t for the faint hearted. 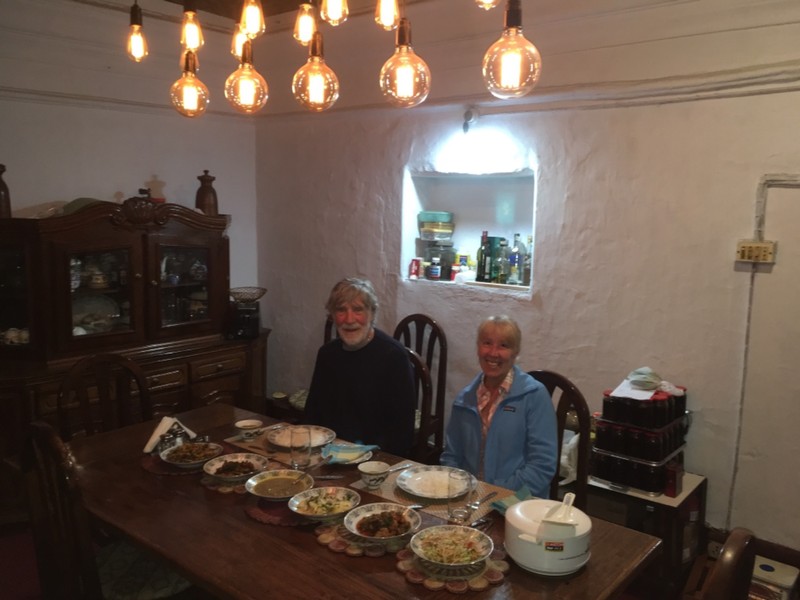 After an hour and twenty minutes of switchbacks, passing massive land slips we reached the Sikkim checkpoint to get our Sikkim visa’s cancelled at Melli. Unlike the process of getting the visa this went without hold up since we were the only people there. 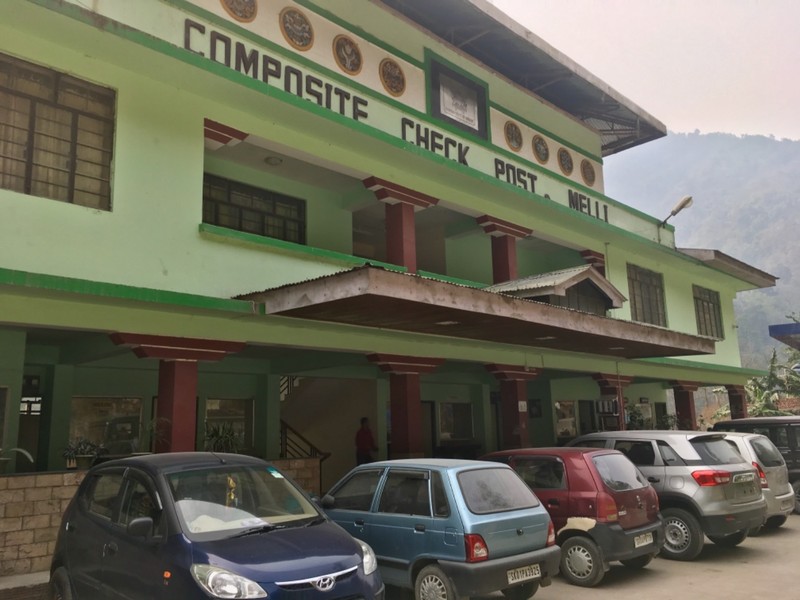 This was were we met the black top and the same road we had taken to Gangtok. This was also where we met more traffic although more going toward Gangtok than going toward Bagdogra and the airport. Our driver continually checked his phone for his progress. I think he was afraid he might be running behind schedule. We’d been told that this local airport was a bit of a horror show. 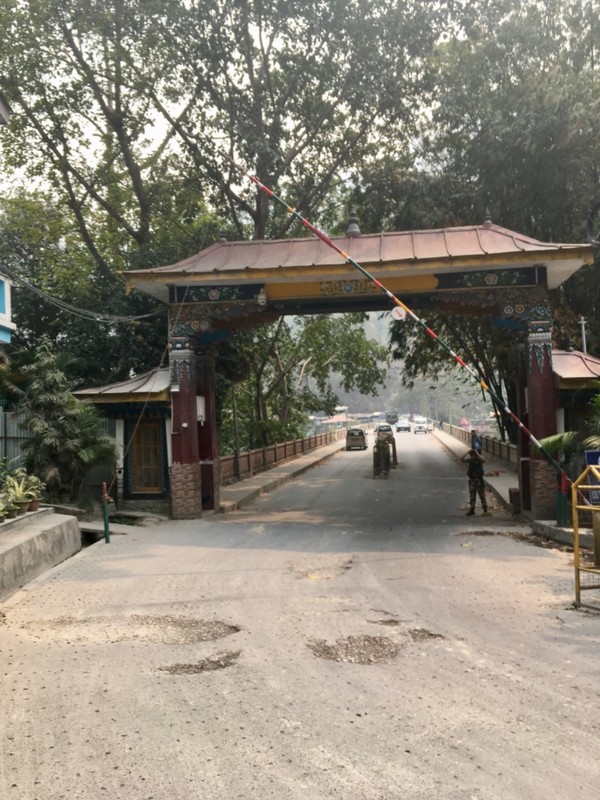 Anyway after negotiating the tuk tuks, sacred cattle, etc, we arrived at the airport, which confirmed the description of being a bit chaotic. After the driver had managed to negotiate the taxi as close to the building as he could a porter offered to assist us getting through the rigours of “checking in”. Sadly in this process I left my sun hat behind! 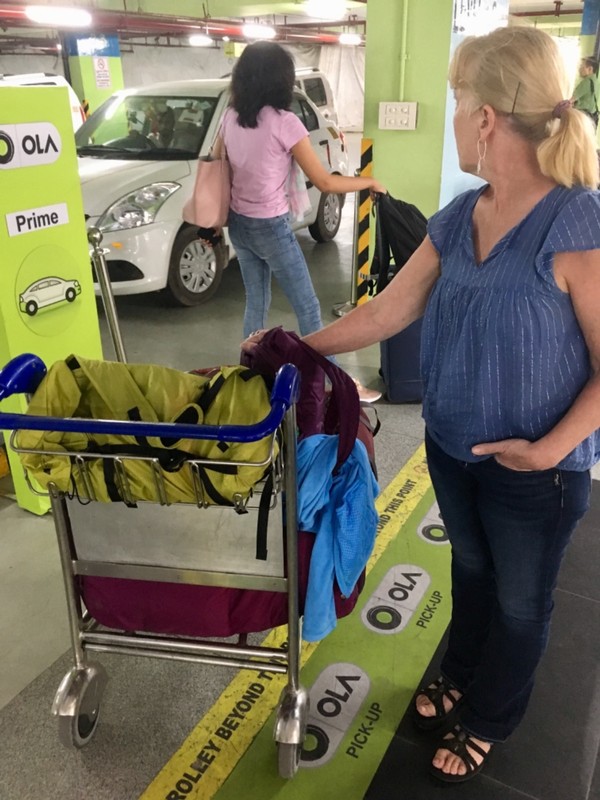 Although laborious everything went smoothly and after consultation with a local 100 rupees was agreed as suitable tip and boarding cards were duly granted. The rest of the security procedures proved equally idiosyncratic as my credit cards and wallet required a second run through X-ray machine? All was eventually cleared but the segregated line for women took much longer, it seems more women in India fly than men?

The plane departed a few minutes late because someone in Business Class hadn’t had his boarding card stamped secure?

Apart from a little turbulence the Air India flight was very smooth. It also included a light meal, not bad for a flight that little over 2 hours. We landed in a very impressive new terminal at Indira Gandhi airport. After some confusion over which gate we were to meet our prearranged taxi we set forth into the Delhi traffic. Actually today being Sunday traffic was relatively quiet. We arrived at our next home for a few days which is a tastefully furnished apartment in bustling part of Delhi. 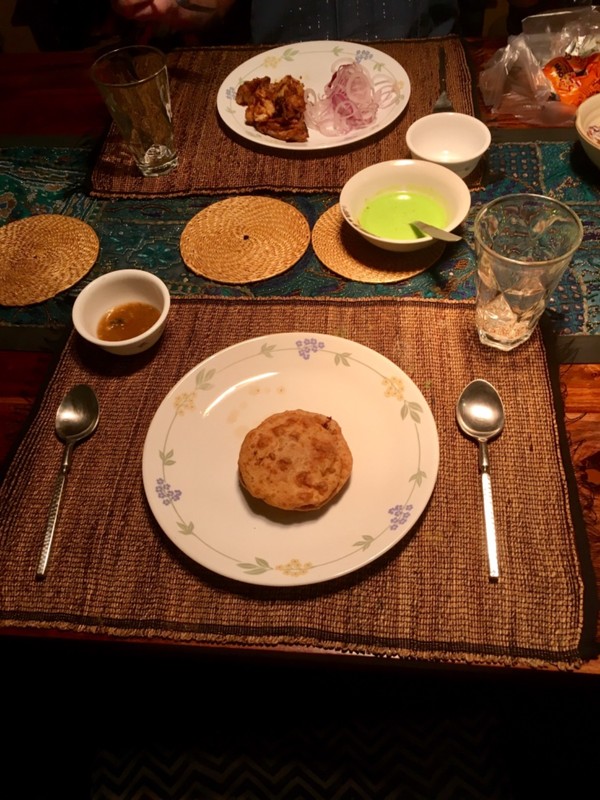 Having been fed on the plane and after a very substantial breakfast beer and a light supper was all we needed. A couple of cool beers was the first priority to slake the thirst and wash the dust out of our throats then we set off for something to eat. The housekeeper seemed a little doubtful but we went anyway. What we found were only street vendors but with a few parathas some fried chicken and a few more Kingfishers we completed the day!

...hah finally some talk of meat, all this veggie stuff being featured can make one faint, nevertheless all seems to have gone "smoothly", lately >>> onwards Christian soldiers...btw Trump seems to be free and clear per Muehler report so looks like another term is in the offing (assuming no major surprises) ...Hannity must be having an orgasm as we speak !!!