Leaving Gangtok, breakfast was the same as the first breakfast. As we finished another couple of guests came in, who had arrived yesterday evening following a rigorous journey they had begun at 2:30 that morning. Before leaving we gave Sonam a couple of yellow orchid plants as a parting gift. The taxi arrived promptly and after hugs we set off. 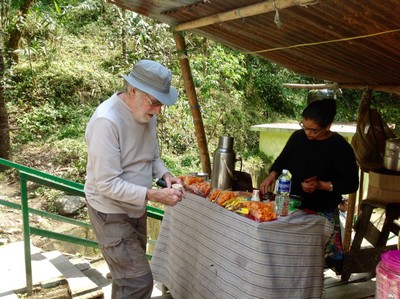 This was the a Toyota SUV the most comfortable yet, luxury compared to our previous excursions! The first part of the journey was on smooth blacktop for the better part, we were even interrupted by a crew laying the black stuff holding up the large convoy for a while. Not that the roads were any less circuitous. 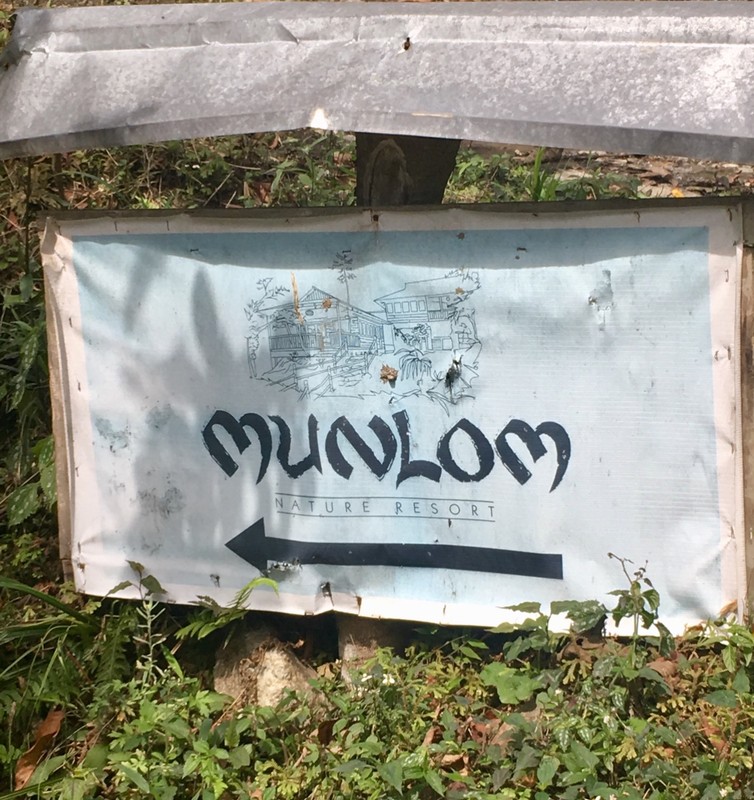 After Mangon and the police check point where our Dzongu visa was verified, the story changed! This was not a road well traveled, although they are again working on it, to widen it, building bridges and adding gutters, etc. But it was still very narrow with wet patches after the recent rains, fortunately there was little traffic coming from the other direction. As we progressed the road got rougher and our driver became unsure of our route needing to call for directions several times. This plus the proximity of the edge of the road began to agitate the shotgun passenger. Eventually we almost reached our destination, but before we did we had to transfer to somewhat derelict Suzuki 4x4 for the last part over arguably the worst part of the road. By which time shotgun was in much more distress. But tea and lunch was served, all organic and equilibrium began to be restored. Lunch was something like a stuffed wonton of cottage cheese and onion called mamoo, fried potato quarters and wild grown bananas and apples. 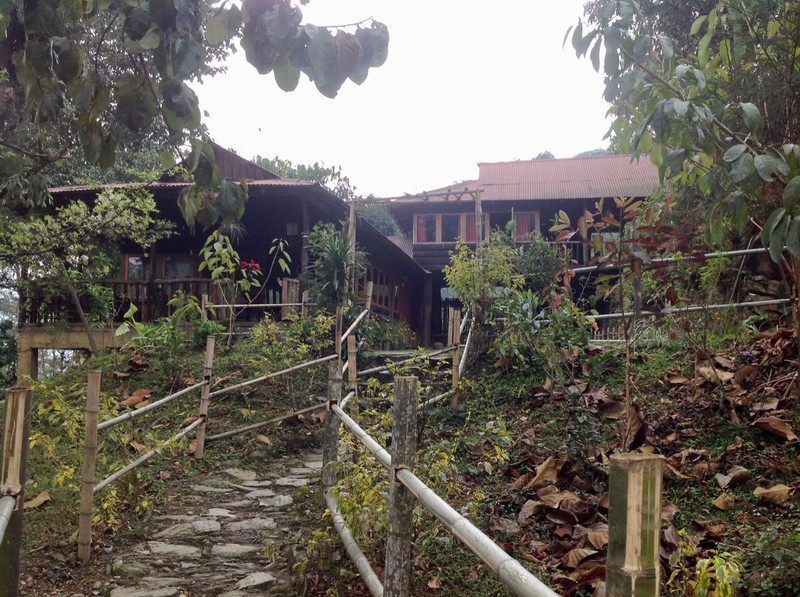 Dzongu is a UNESCO world heritage site governed by the Lepcha tribe our host Kim explained. The visa requirements are their regulations and the region is controlled for the benefit of the population. All the produce is local even the wine! Kim also explained that he is the owner, which begs the question who’s getting paid for the 9 days we paid for? 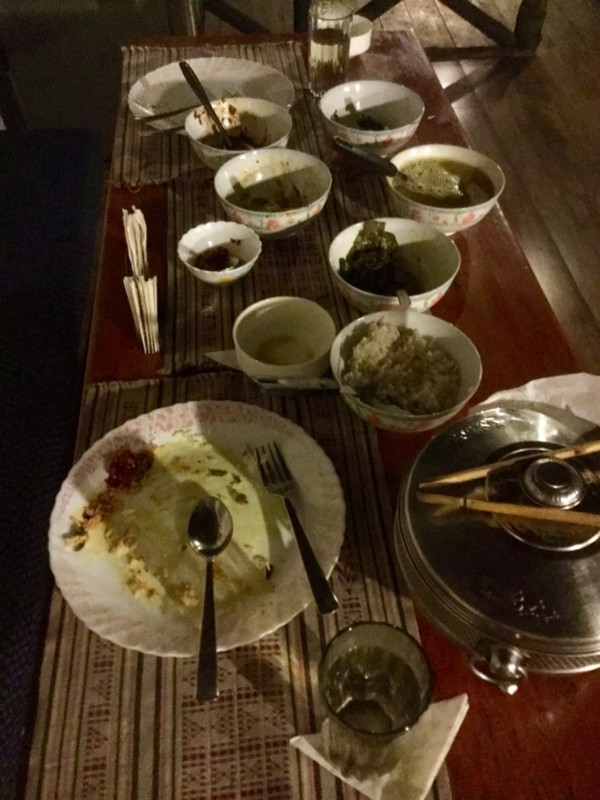 Didn’t it rain, rain, it had started spitting as we pulled up, for Ring our resident go to person to drive us the last few metres. But as the night progressed the rain became heavier and finally it began thundering and the rain much heavier. Although the power went out a few times by morning it had been restored. 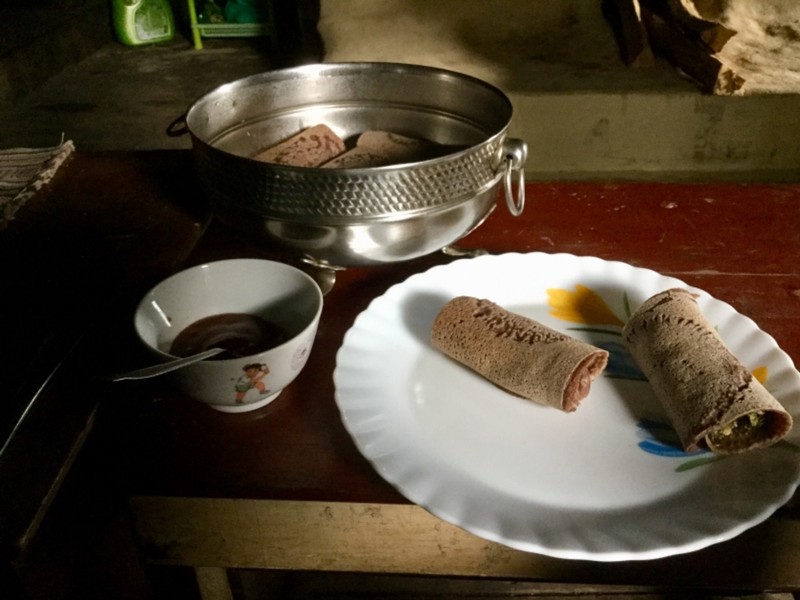 For breakfast we retired to a home nearby 110 years old for breakfast, this was buckwheat crepes filled with cream cheese, spinach and tomato, with a spicy dressing condiment. After touring the organic green house and garden, the temple on the hill opposite beckoned. 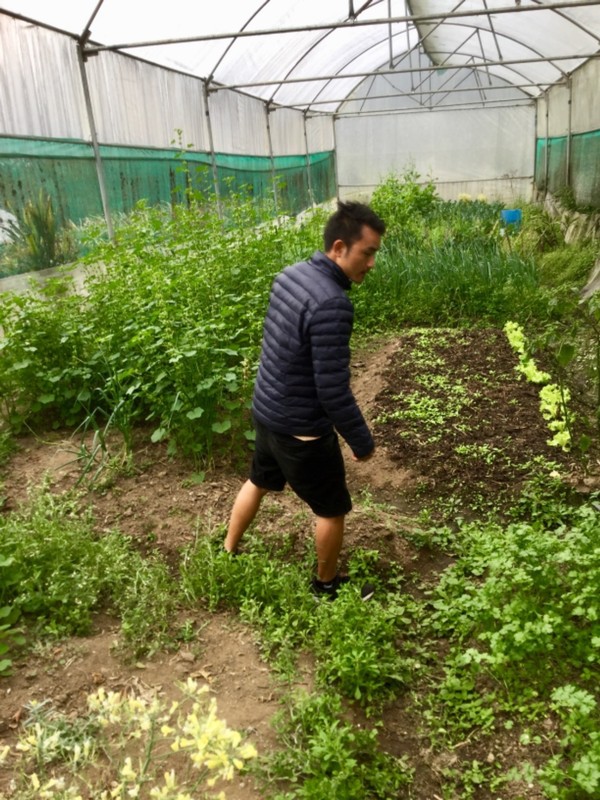 The path to the top was the usual broken stone and gradually, since the weather wasn’t too hot the climb was comfortable. There are 2 relatively small temples one 150 years old the other much newer. The climb and return took about 90 minutes, again rain threatened but not before a delicious bowl of noodle and vegetable soup and a plate of fried potato quarters.

Then the sound and light show began again one lightening strike hit very close by as I watched. Sadly we lost power again. 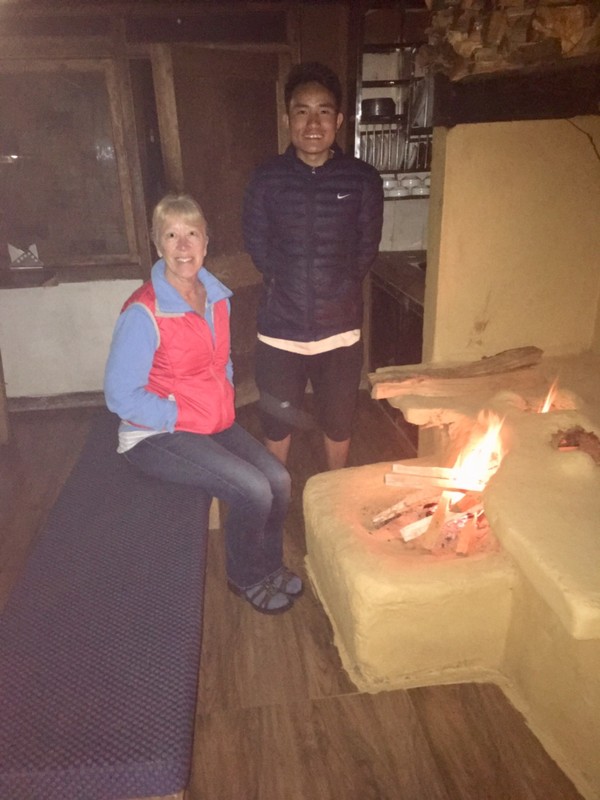 Tuesday, still no power the sound and light show continued most of the night along with the rain, but the morning made it all worthwhile. The mountains, the Himalayas had emerged from the clouds and were as awe inspiring as you would expect. I’m not sure which part of the range we could see but they are worth the trip here. Sadly as the day wore on the clouds encroached. Ring our resident minder and guide suggested a “slow” walk to exercise ourselves after breakfast. Unfortunately there aren’t a lot of options other than a walk up hill and back or downhill and back. Since the clouds had cleared the sun was quite warm and much of the walk was negotiating steps that have been used for centuries which are fine for the nimble footed locals but for an arthritic senior with big feet a much greater challenge. After about a half hour of downward progress which didn’t seem to be taking us to anywhere in particular we reversed direction but not via the steps. 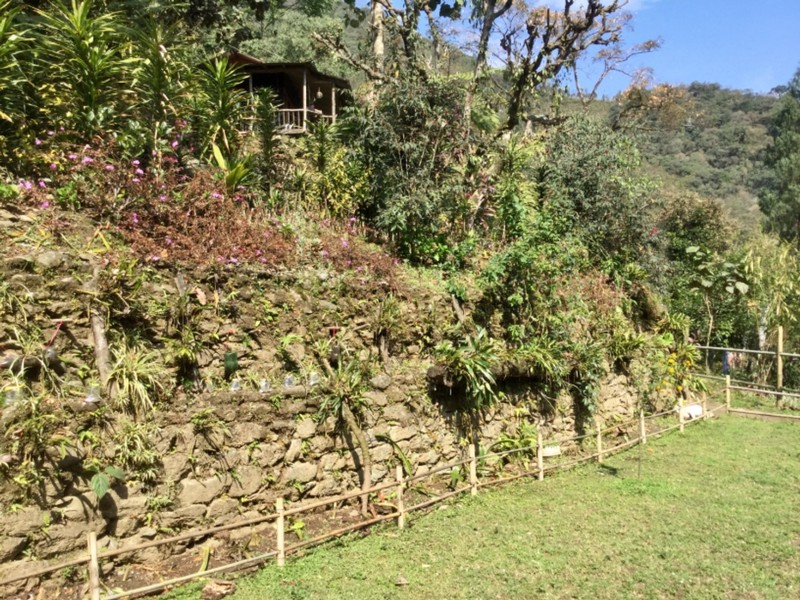 After a cup of sweet tea and soup for lunch catching up on some reading about other things we could have done in Sikkim seemed like a good idea. Sadly after awhile the first drops of rain began again, but around 3:30 the power was restored and after allowing enough time for the water to heat up I took a much needed shower. The challenge with these stand alone hot water system is to time the completion of your ablutions before the hot water finishes! To make matters worse at about 5:00 the power went out again but since the water is gravity fed both of us completed our showers before the water cooled the second time around. 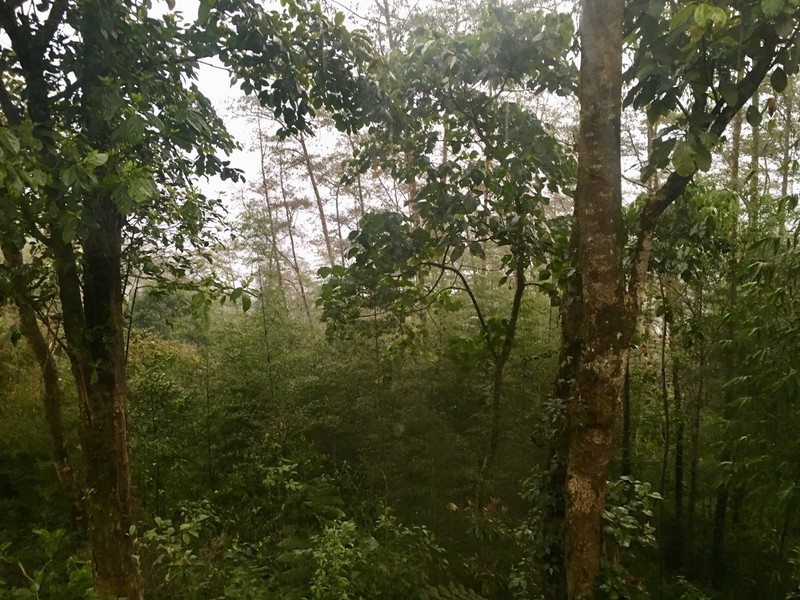 Again the rain fell and the light show continued around supper at 6:00, 2 families of local people from Mumbai arrived cold and wet. They had gone up to reach a high altitude lake but had been turned back by snow and the Indian army. 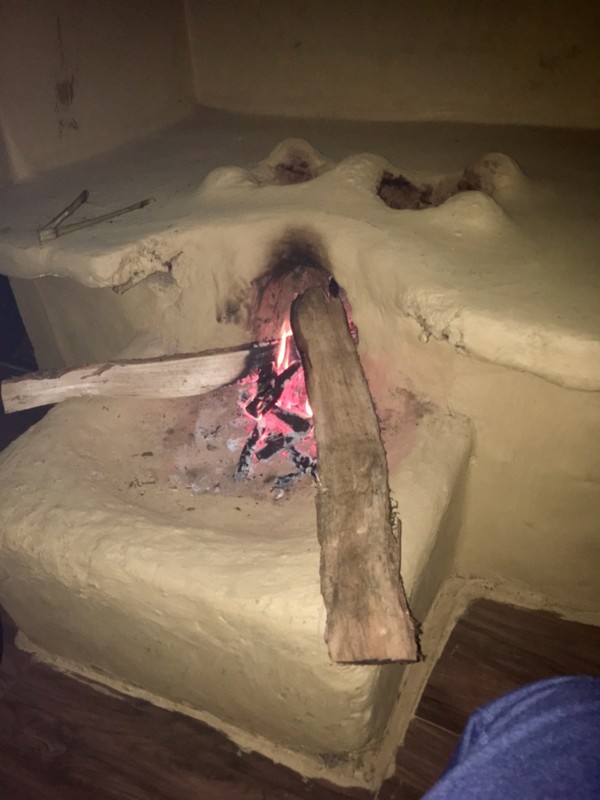 The group was 4 adults and 3 teenage boys who seemed to be relishing the situation of no power and the rain storm we retired leaving them to their supper. Before retiring the owner of the property had called to say he had arranged for a taxi for the next day at 7500 rupees! I told this wasn’t the arrangement we had made and he replied he would check with the travel agent. Not being 100% sure of these arrangements it didn’t make for a good nights sleep! 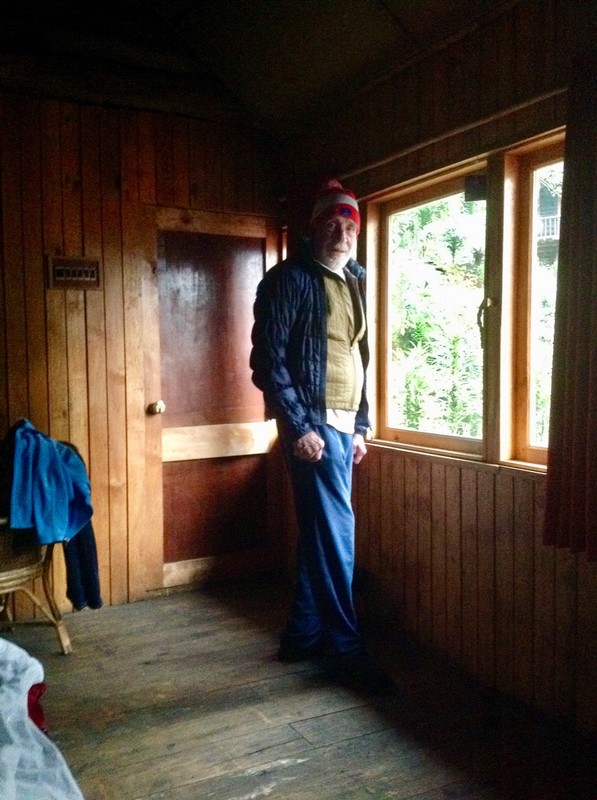 Still no power but the good news was the taxi was on its way. The 2 families and ourselves finished breakfast and by 10:00 we were on our way negotiating the road out which had been made worse by the 3 days of rain. 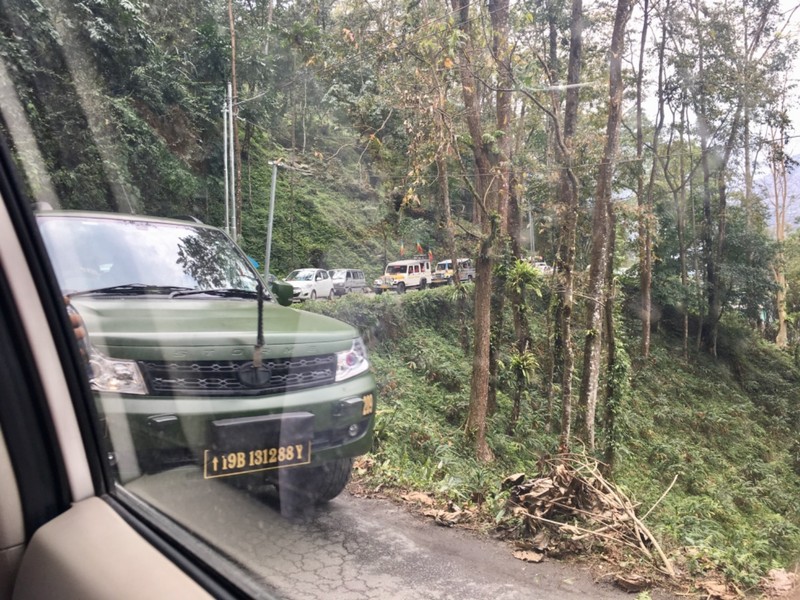 The ride to our next stop was uneventful except for encountering a convoy of about 200 hundred cars filled with government supporters heading in the opposite direction causing traffic delays. Later as we stopped for lunch we met a convoy of opposition party supporters going in the same direction. 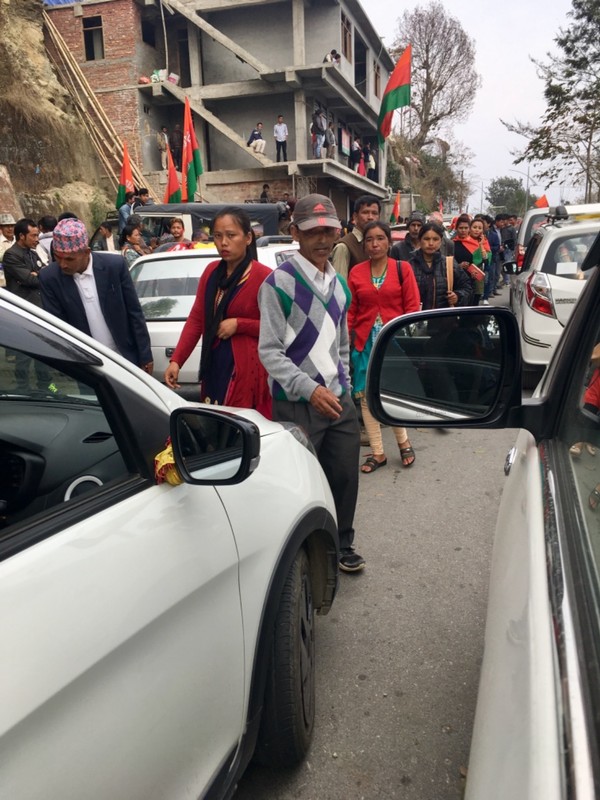 At about 3:00 pm we reached our destination more about which in the next episode but after a couple of cold Bhutan lagers and supper time time for bed in a warm dry bed.