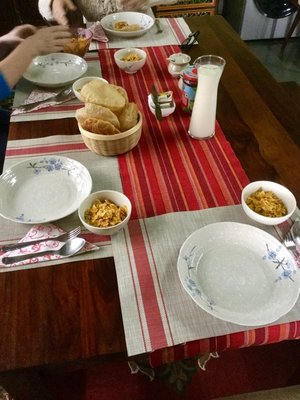 Spent most of the day searching for an ATM that would dispense cash. This meant visiting 5 banks before a man who can sent us to the bank we’d used in Delhi where the the people ahead were making multiple deposits only to discover the card still didn’t work. After playing the white man and asking the bank offial wtf he sent us to where we could get cash, and we did. Came back to the hood had supper and chatted to two American women from Minnesota about life and the fate of the Union. 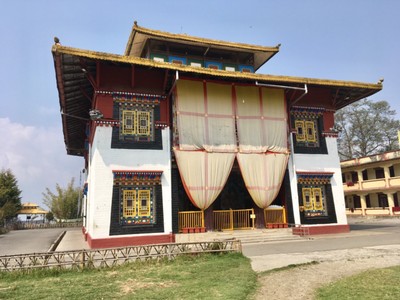 Tuesday 12 March: the day started with breakfast, a sort of bowl of porridge but made rice, cottage cheese and some ginger. Different but one of the Minnesotans couldn’t handle 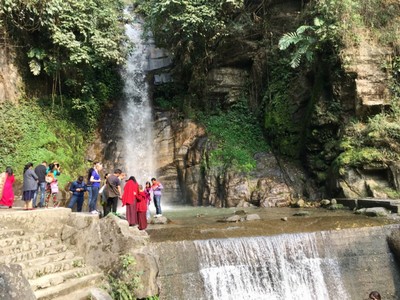 it. First time I’ve seen someone eat with one hand and google with the other! The big event was a “walk” up to the royal monastery Tsuklakhang, led by our host so am. The temperature has begun to warm up in the day time and the trek to the top was “invigorating”. On the way down we stopped at a flower show of some of the indigenous species especially orchids. The next stop was the same ATM for more money without the search hassle. And finally home for refreshments at our local watering hole. 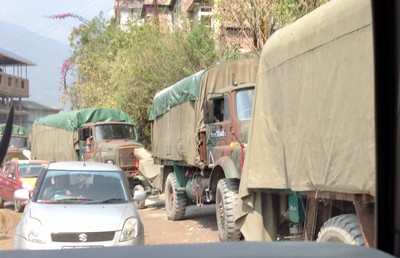 Today we took a tour around places close to Gangtok. Our neighbors from Minnesota bottled it coming down with health issues related to food and exhaustion. So we set off by ourselves, going anywhere here is a battle against congestion made worse today by the Indian army who parked and our lane of traffic was stuck behind them for several minutes maybe half an hour. 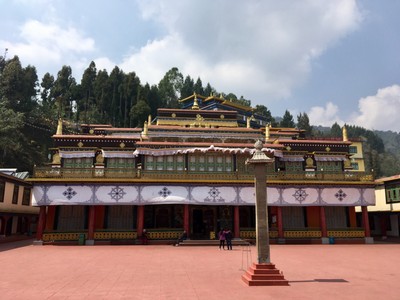 The first stop was the Rumtek monastery, there are a few of them. If I haven’t said it before Sikkim is mainly Buddhist. The most interesting place was the shop where we were able to find some interesting souvenirs. He had a photo of what he claimed was an antique ivory carving, which he valued at US$1000, I’m he’d have sold it to me if I’d been interested. 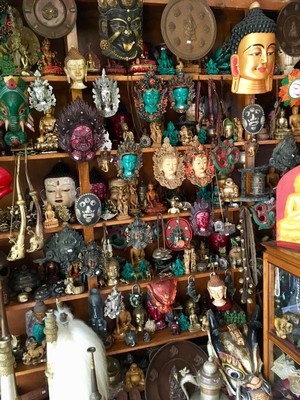 Next stop, another monastery much better maintained and interesting. 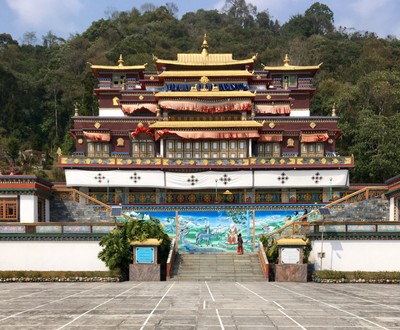 Then on to the waterfalls, for a country with some much incredible scenery it’s too bad they need to commercialize like this.
The last stop was the Viewpoint with no view as the haze closed in. 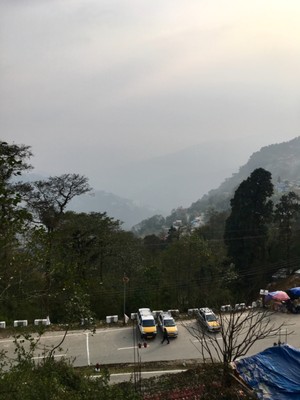 We were supposed to go to the zoo but it closed just as we arrived. On the way home we stopped for supper at the Othodox Bar and Restaurant with a menu of Sikkim, Chinese and Indian food, and kingfisher. 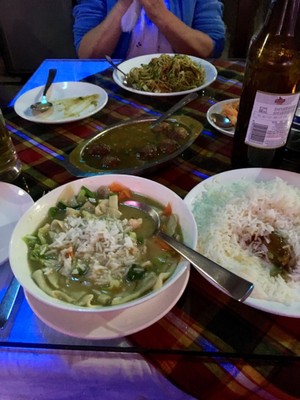 As well as their variation on another prayer! 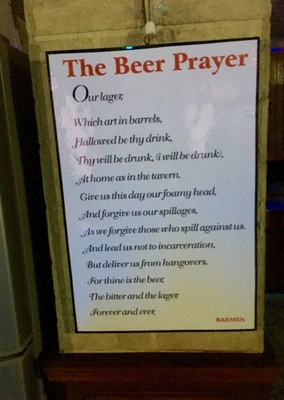